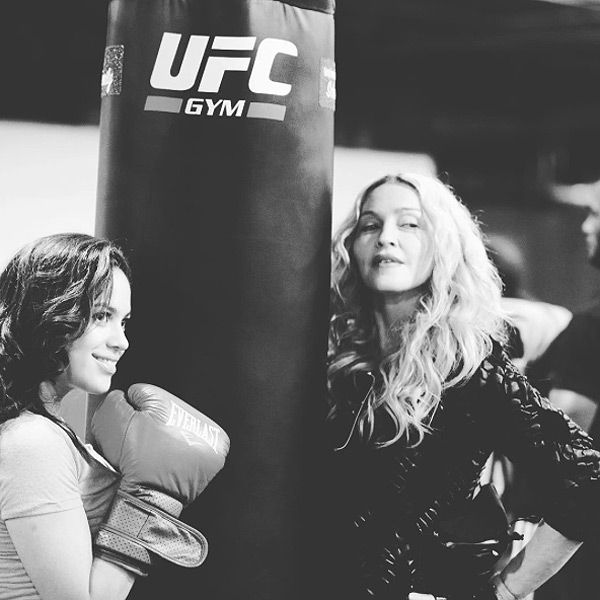 Madonna stopped at the Downtown Youth Boxing Gym situated in Detroit while giving her Rebel Heart Tour. The superstar’s site writes that the centre received money from Madonna. The facility providing educational mentoring and after-school boxing free of charge should spend the funds at a new gym.

The Michigan star even paid for her visit. The singer hung out with the children.

She uploaded a picture of herself and a girl-boxer standing near a punching bag. In the caption the singer warns “Don’t Mess!!!”

There also is another photo. Madonna is standing with a boy-boxer outside the ring on it. She advises everybody to visit Downtown Youth Boxing Gym. The superstar was inspired by Cortez, a young and gifted boxer that hopes to make it to the Olympics. Madonna sends all who want to help the centre with money to the facility’s Web-site for more information.

The singer’s 18-year-old daughter Lourdes is studying at the University of Michigan. Madonna has definitely instilled the love of home state to her.