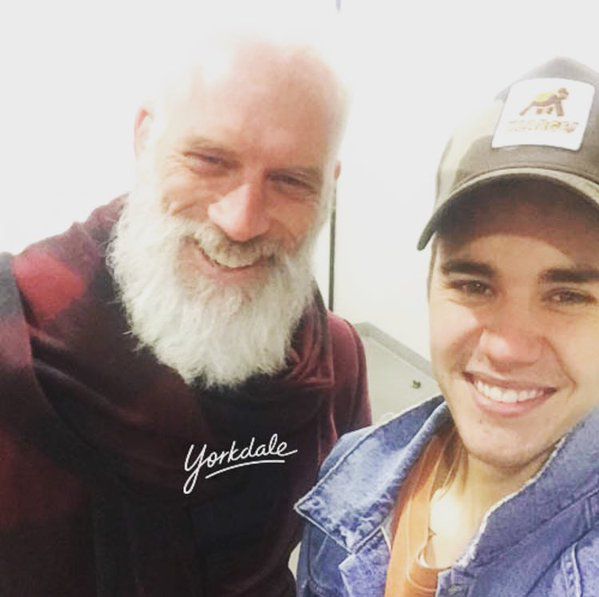 A new photo of Justin Bieber! The singer posed with Fashion Santa at Yotkdale Shopping Centre (Toronto) this Saturday. The 21-year-old star looks very happy on the selfie.

Mason joked with CBC News that he often says that he is younger brother of Santa, just a little bit thinner. He revealed that one woman, probably in her 70-s, who took selfie with him revealed she has not taken a picture with Santa since she was 5. The star loves being Santa.

However, the shoppers cannot sit on the Santa’s knee. That’s because Mason does not have a chair, just stands in the mall.