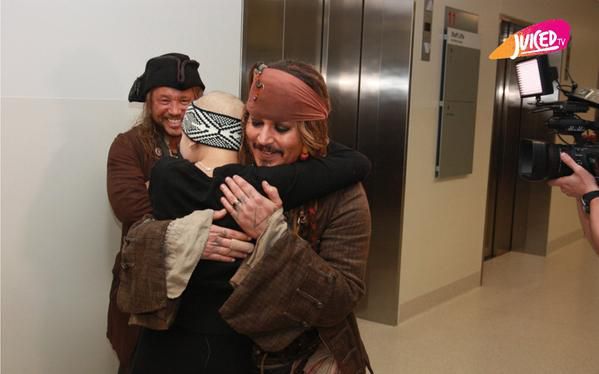 Saying that Johnny Depp is a hero in his real life would be an understatement. The actor surprised people by sneaking off in his Captain Jack Sparrow costume. And he did it not for the first time. This time Depp visited sick kids in a hospital.

The star snuck off from the sets of Pirates of the Caribbean: Dead Men Tell No Tales in order to surprise the children at Lady Cilento Children’s Hospital. This hospital is situated in Brisbane (Australia). Johnny stayed in character the whole time he spent there. The kids were very happy to see their favourite Captain Jack.

Juiced TV, the show made by children in the hospital for kids in the hospital, states that Stephen Graham (who plays Scrum in the Pirates franchise) and Johnny Depp expressed an initiative to visit the medical institution. Then their visit was set by the Children’s Hospital Foundation. Children’s smiles are definitely worth this act. 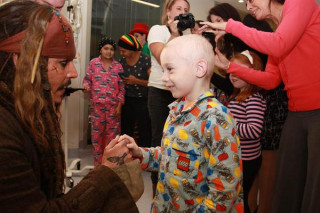