Cameron Diaz and Benji Madden spent time with Drew Barrymore and Will Kopelman: Photos of the Adorab 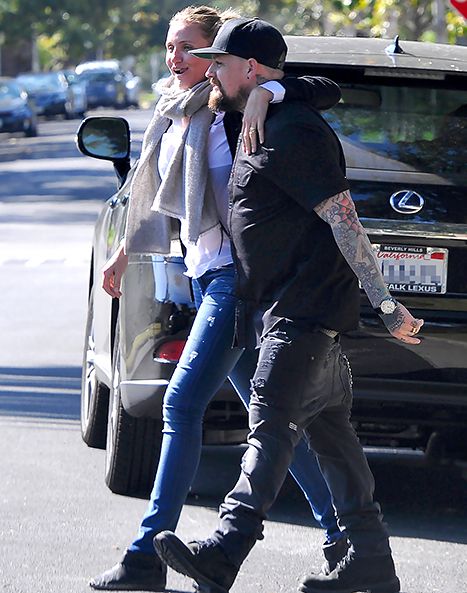 Cameron Diaz and Benji Madden look so cute in love. They were seen leaving their friend’s house together with Drew Barrymore and Will Kopelman, her husband, on May 24.

Diaz could not help smiling when she was leaving the pad in Beverly Hills. Her hubby looked just as happy as the actress. Diaz was wearing a scarf and casual skinny distressed jeans. Her wedding ring was clearly seen as she put her hand around Madden’s neck. The star was giggling with her love. She gave goodbye kisses to Barrymore and they left.

The 42-year-old actress and 36-year-old Good Charlotte rocker got married in January at the Other Woman star’s pad in Beverly Hills. The couple spent their casual honeymoon at Jackson Hole (Wyoming). They were pleased with southern eats, such as fried chicken, jambalaya and hush puppies.

Us reminds that once Diaz said she would never get married. Though, after saying “I do” to the twin brother of Joel Madden, the star feels so loved as ever.

One more pal was assuring that Madden would do everything for the star. It was also mentioned that Diaz is crazy in love. 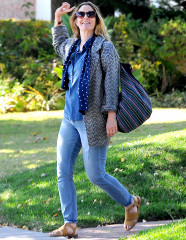