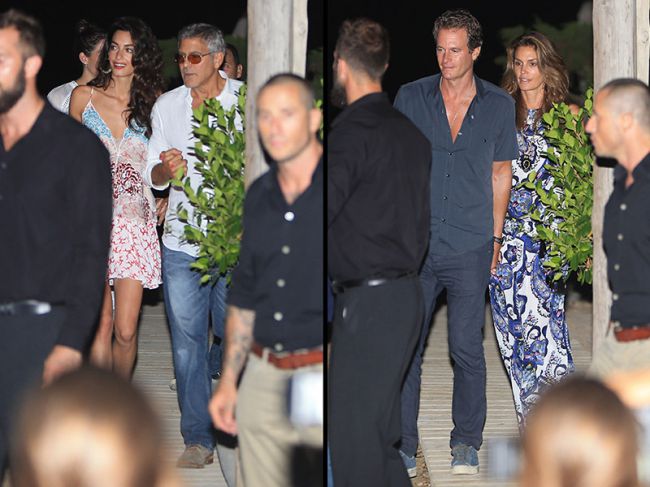 Working or resting? Amal and George Clooney have landed in Ibiza this Saturday.

They came to the famous island in order to start the Spanish launch of Casamigos. It is the tequila company of George. Long-time pals of George were also present. Besides, the co-founders of the company, producer Mike Meldman and Rande Gerber with Cindy Crawford, his wife, joined them.

All the stars came from the Clooney’s Lake Como house and arrived in the second part of the day. They stopped at a private villa with 12 bedrooms.

The 54-year-old actor and all the rest celebrities visited a luxury waterfront restaurant called Es Torrent. The starry company had a splendid dinner and, certainly, some Casamigos cocktails there.

An observer revealed PEOPLE that the company looked excited. It was as clear as a day that they were glad to gather together. George was telling funny stories about his young years of acting. Everybody was laughing.

Amal and George have been staying at their villa in Italia since June. They regularly invite their friends and family to visit them.