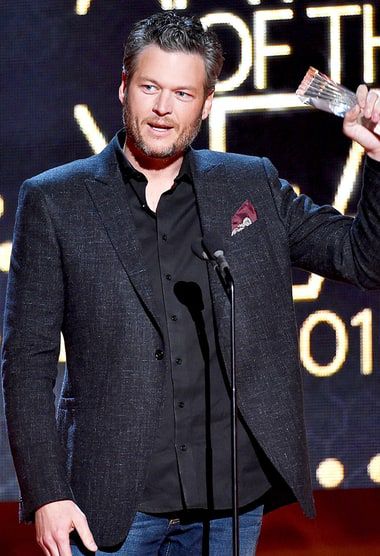 2015 has been crazy, according to Blake Shelton. The star spoke of his ups and downs over this year in his CMT Artist of the Year Award speech. The event happened this Wednesday.

Trace Adkins introduced the country crooner and joked that Blake is able to do everything, but to keep his life private. In such a way, the 39-year-old Voice coach made a hint at Shelton’s divorce from Miranda Lambert.

The star’s speech started from thanks to his label and team. He did not name everyone, as the list was too long. Though, he admitted that the year has been crazy. Shelton is happy to end it in such a way.

32-year-old Lambert and Shelton have been married for 4 years. The divorce was announced in July. The couple’s admirers were shocked. After the split, Blake has rebounded with Gwen Stefani (she is his fellow coach on the show), who parted from Gavin Rossdale in the end of summer.

Meanwhile, Shelton’s ex-wife is not sitting at home and is having flirty nights out.