Amber Rose, Wiz Khalifa and Their Son Sebastian are Together for Christmas 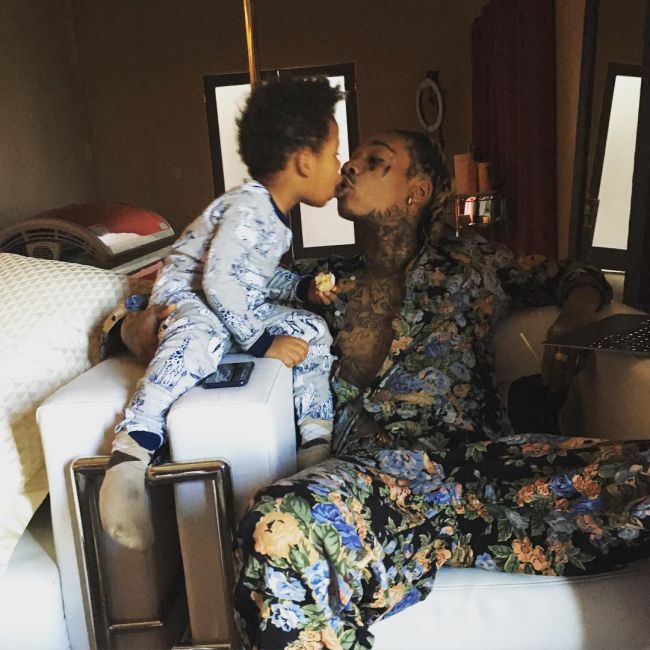 Despite Amber Roze and Wiz Khalifa are estranged in their marriage, Sebastian, their son, is still their happiness.

The 32-year-old mum uploaded a few cute pictures of the 2-year-old boy. The toddler is enjoying the holiday with his 28-year-old dad.

The model wrote a caption for the pic. It reads “Bash and His Daddy”. The rapper is kissing his son on the photo. The father and the kid are clad in printed onesies.

We remind you that the couple have stated about their split in September last year. At first they had ugly fallout, but several months after they were caught together at parties in an amicable relationship.