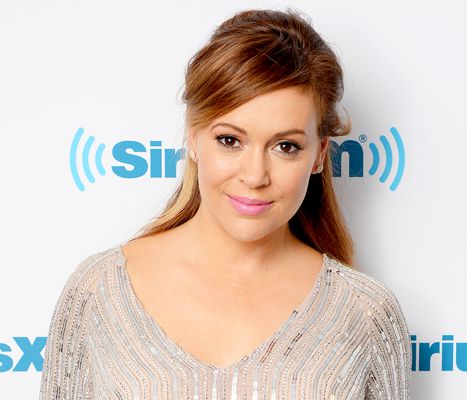 Alyssa Milano broke down in tears on The Talk (CBS) during the discussion of her former co-star Danny Pintauro. Milano was really upset. Tears were running down Alyssa’s face.

The actors starred together in Who’s the Boss? Pintauro opened up about HIV on September 26. This happened during the episode of Oprah: Where They Are Now. Pintauro revealed that he has been living with the virus for last 12 years.

The 42-year-old Mistresses star said that she was furious to find out such news. On one hand, she hates that it took Danny so long to speak about his trouble. On the other hand, Milano is glad he can express himself at this point. The actress is sure that Pintauro will make change to a lot of lives. According to Alyssa, Danny is a beacon of light. She is simply proud of him.

Aisha Tyler, the show’s co-host supported Milano by drawing applause from the spectators. She revealed that she was crying while watching Pentauro speaking. Tyler feels that his move was truly brave.

The 39-year-old actor was supported by 66-year-old Judith Light, his onscreen mom from Who’s the Boss? The actress told Good Day New York on September 28 that she was proud of Pintauro. The TV star said that Danny is being unbelievably proactive.