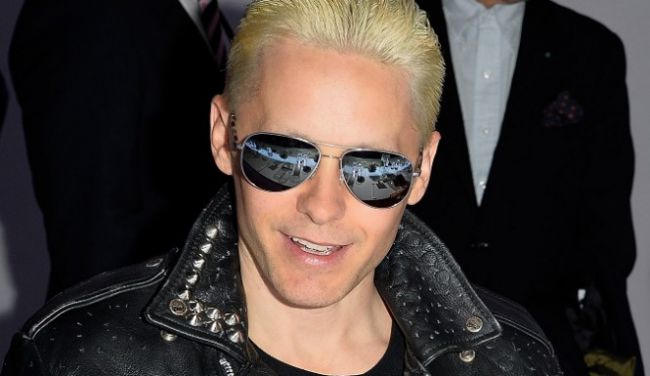 At first he cut his long locks short. Then the star had blond buzz cut dyed green. This sacrifice was done specially for his role as The Joker in the film Suicide Squad. The latest photo of the actor really scared everyone! David Ayer, the film’s director, uploaded a picture of the actor in character.

Leto’s teeth are blackened. He has the maniac expression. There are the “Damaged” tattoo on his forehead and lots of other crazy ones.

Ayer uploaded the photo in order to honour the 75th anniversary of The Joker’s appearance in the Batman comics.

The 43-year-old Leto explained his choice for the role in an interview with Billboard back in February. The star said that he enjoyed the “Shakespearean” aspects of comics. Leto considers The Joker to be the beautiful disaster of a character and a big challenge.

Suicide Squad is scheduled to be presented in the next year. 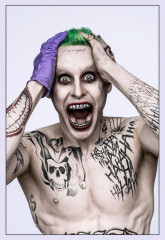