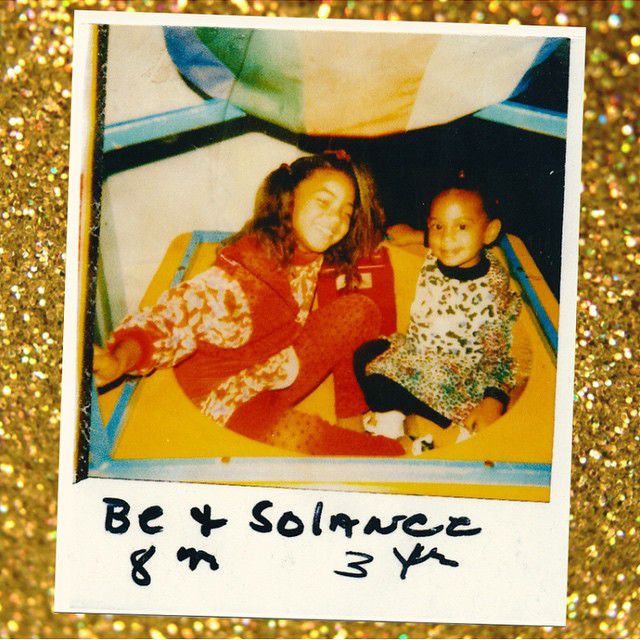 The 33-year-old singer praised her sister’s 29th birthday by posting a cute vintage Polaroid picture of the two girls when they were kids. It can be read on the print’s whitespace that the girls were 8 and 3 when the picture was taken. The inscription “Be + Solange” can also be seen.

The photo is set against a gold background. It is possible to see Beyonce, 8, wearing a retro red outfit. The girl’s arms are spread out. The Drunk in Love performer cosies up to Solange. The star’s little sister is wearing an animal print top and sports. We can conclude, that little Solange smiles adorably.

The caption of the Beyonce’s picture reads “Happy Birthday to my sis!” The sisters have been spoken out about their love to one another lately. They even became closer than ever after the NYC elevator fight. We remind you that Solange had this incident with Jay Z last May. Beyonce witnessed this incident and assured her sister that she loves her deep.

Mrs. Jay Z uploaded one more picture in order to honour Solange’s birthday. This one has no caption. It shows Solange, who is holding a 3-year-old child. The child, Blue Ivy, is daughter of Jay Z and Beyonce. It is possible to see Solange grinning as the kid dabs an eyeshade brush on Solange’s eyelid.

Solange managed to Instagram the same picture with the little girl before all this. She did it in order to honour Blue’s birthday which was in January. At that time Solange called her niece her “fellow sassy pants”, her twin, her dancing partner and her incredibly clever and beautiful “niece-y-poo” who turned 3 that day. The girl’s aunt expressed all her love.

Beyonce shared with Essence back in 2003 that she is very proud and protective of Solange. The singer stated that her sister is the only human she will fight for. The star warned everybody that talking about Solange or playing with her about Solange will give rise to another side of Beyonce. The performer even revealed that she wants to be like Solange, who is so smart and secure. The younger sister is sensitive to feelings of others and, meanwhile, is not scared of what they can think. 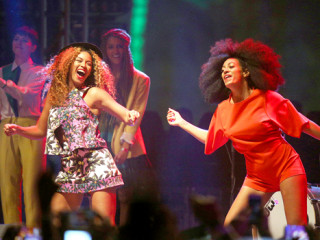